As investors have learned, like any other investment, cryptocurrency is subject to volatility. The recent bankruptcy filing of crypto exchange FTX shows, this volatility can be extreme. For example, the Ontario Teachers' Pension plan wrote down $95 million due to the collapse. As you probably know, bankruptcy occurs when liabilities are greater than assets. However, bankruptcy can result from a finer distinction between liabilities and assets, namely liquidity. In the case of FTX, the company had $8.9 billion in liabilities and $9.6 billion in assets. So was the company forced to declare bankruptcy? Liquidity. When you look at the balance sheet, FTX had $900 million in liquid assets, $5.5 billion in less-liquid assets, and $3.2 billion in illiquid assets. Think about it like way: You owe $10,000 at the end of the week but your only asset is a $100,000 house. Yes, your assets are greater than liabilities, but you likely won't be able to sell the house and receive the cash for the sale by the end of the week, so you could be forced into bankruptcy. But FTX had other problems as well. John Ray, who was appointed to oversee the FTX bankruptcy and has overseen other large bankruptcies such as Enron, stated "Never in my career have I seen such a complete failure of corporate controls and such a complete absence of trustworthy financial information as occurred here." 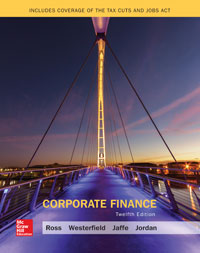